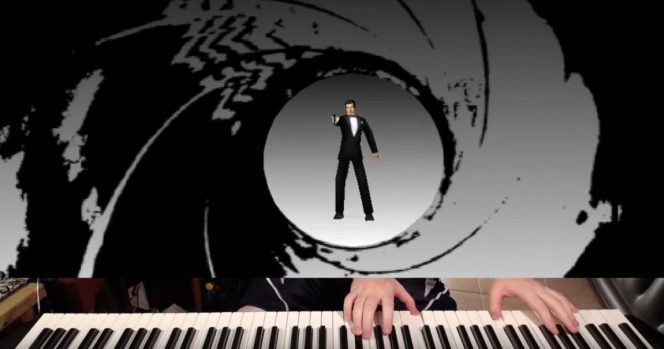 Over 22 years later, people are still finding novel approaches to playing the iconic game, like musician Jackson Parodi who decided to use his piano as a controller. Parodi set up piano keys mapped as controller inputs and created a hybrid game-slash-music experience:The moody piano music sounds rather charming and adds a surprising atmosphere of melancholy to the game. Parodi isn’t bad at aiming either, and is able to complete the entire first level — the Arkhangelsk Dam — using his piano controls.Bizarrely, this is not the first time someone has thought to use an instrument as a game controller. An ambitious modder turned a piano into a controller for Doom in 2013, but that one didn’t sound quite as musically pleasing.Other quirky controller options are less musical but just as out there, such as a no button 360 controller or a bowling game that you control by kissing. There’s even an FPS that you control with a pair of giant scissors.