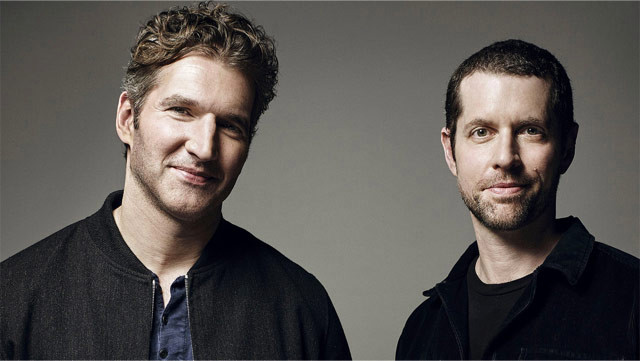 David Benioff and D.B. Weiss, the creators and showrunners of HBO’s adaptation of “Game of Thrones,” have found a new home.
Netflix has signed a multi-year film and TV pact with the writer-producers; according to The Hollywood Reporter, the deal is worth $200 million. This follows expensive Netflix deals with other high-profile showrunners, including Ryan Murphy ($300 million) and Shonda Rhimes ($100 million).
Benioff and Weiss are a bit different, in that their reputation rests on a single show. But then, the Obamas didn’t have much of a TV résumé either — and of course, “Game of Thrones” is the hit show of the past decade, with record ratings for HBO and a record number of Emmy nominations for the final season. (Basically, no one in Hollywood is interested in your finale complaints.)
It will likely be several years before this deal actually leads to new content on Netflix, with Benioff and Weiss tied up writing and producing a trilogy of Star Wars movies for Disney. (The first is scheduled for release in 2022.)
On the other hand, this deal means we won’t be seeing the pair’s controversial HBO series about an alternate American history where slavery continues.